In February 2005 a group of 15 people travelled to the remote north-west village Boukombé, almost on the border of Togo. It took 3 days: first = flying to Cotonou, on the south coast, second and third travelling overland in 3 jeeps / landcruisers to the north, on the way stopping for all different reasons, and of course, also a flat tyre. Because our main driver was a well known politician, asked by Marjan Kroone, the project owner to bring us north, this overland trip with visits to markets, his home and family, a festival with traditional dances on which we had to participate (!) and cultural sites, was an unexpected extra  experience. Arriving in Boukombé with another African danceshow to welcome us, we not only felt tired, but we had so many impressions Iin 2 days only, it felt like a week travelling.

Next day we all had to go to the village chiefs. No traditional ceremonies or dancing rituals this time, but a official meeting, sitting on chairs around a set of tables, with many thanks for our coming. We didn’t do anything up to that moment! In the afternoon we prepared our work for the next days: Painting the walls of the hospital, installation of electricity in the new laboratory (on the Dutch way, with tubes and different colored wires…), installing a hot water solar system on the hospital, transporting 2 large (old) generators from the container to their operating sites, renewing the electrical system in the projecthouse and after 6 pm, when the electricity was provided, giving computer education on the secondary school.

Beside the formal work, we went with Marjan on instruction visits to the rural areas, were the local people are living in Tata Zomba’s (see pictures) in a very primitive way. One of our people said after his visit:  “it looks like I’ve seen the way my grand parents may have lived”. And every day 2 or 3 people went on bicycle to Togo, an illegal border crossing, were we could phone home.

Last typical note: In this part of Benin was the choice of food  easy: maize porridge, onions and tomato’s. We brought in some more choices, but at breakfast  porridge was served, with lumps… Some of the group were delighted when bread from town arrived!

Up till 2012 there are still 2 to 3 people volunteering in the Dutch organization of Aktie Benin. 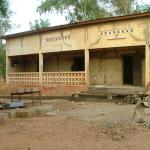 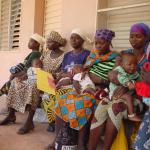 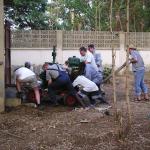 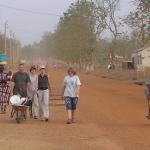 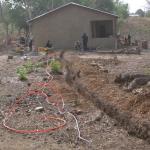 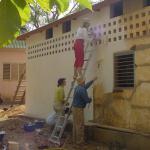 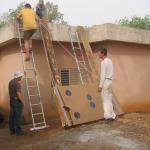 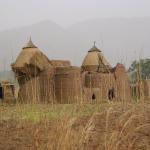 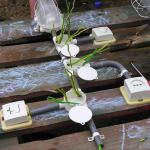 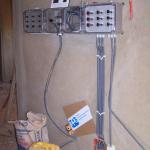 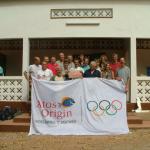