In the period from November 23 to December 8, 2012, four colleagues from Atos traveled to Dhaka, Bangladesh, to give IT training to employees of a young Bengali company. The team at Atos Foundation consisted of Henk Boer (Requirements Engineer) and Peter Butzelaar (Application Developer), both of TS, and board members Willem Hoekstra (Project Manager) and Taruna Ugahary (Online Communication Manager).

Earlier this year, in February, Willem and Taruna attended the matchmaking sessions organized by the ITC (International Trade Center), CBI (Centre for the Promotion of Imports from developing countries, an agency of the Department Foreign Affairs) and BASIS (Bangladesh Association of software and Information Services). The purpose of this matchmaking sessions was to get in contact with each other: IT companies in Bangladesh and IT companies from Europe. Primarily to investigate outsourcing opportunities in the IT field

Atos Foundation also had a focus on a sustainable ‘match’ and sought especially young companies in need of IT training. There appeared to be a match with Brain Station-23. An IT company that develops software for both domestic and foreign companies. In February they had 30 employees and in recent months they have adopted 40 new employees. Booming business and Atos Foundation saw an opportunity to contribute to the development of Bangladesh.

Taruna: “In the first week the training took place at the office of Brain Station-23. When we got there for the first time, we wondered whether we were at the right location. It was a back street near a playground and the building looked very neglected from the outside, an old textile factory turned out. But once inside the eighth floor you find yourself a young and modern company inside. Attention was paid to the layout of the property and the “new way of working” was also implemented pretty well. Two wings, each with 40 workstations for employees, two small meeting rooms, a conference hall, kitchen with dining table, sanitary facilities and a room for the CEO, Raisul Kabir. No ringtones and loud conversations, working together on a shop floor went very quiet and comfortable.”

Henk gave his training requirements engineering to eight staff members, based on the master class given at Atos.Topics that were discussed included various types of requirements, UML, Use Cases and elicitation techniques. “It was nice to experience what high-level employees Brain Station has. The sessions were very interactive with good questions and comments”, said Henk “and from the workshops, I noticed that they are very flexible with respect to a client. They easily adapt to the established processes and templates.”

The trainings Application Development were provided by Peter. He opened with the Marshmallow workshop, where the Requirements Engineers participated. This is a fun and instructive design exercise that encourages teams to experience. Simple but profound lessons in collaboration, innovation and creativity. The focus of his training was mainly on the transfer of Eco Energy For Food. This is a web application built by the Atos .NET Jumpstart group in 2011 for the company BERL in Malawi. With its activities, the production of bio fuels, BERL contributes to a sustainable income for the local population and CO2 reduction. The web application is built on the nCQRS Framework, a framework developed by former Atos colleague Pieter Joost van de Sande. This technique was discussed several times in Peter’s training. “I soon realized that the company has highly trained people working with great insight, they also grabbed the new method quickly. They want to know everything in detail. Although everyone in the workplace in an informal deal with each other, you’ll clearly notice the professional hierarchy, mainly in projects.” experienced Peter. Three employees of Brain Station-23 are actively expanding Eco Energy For Food. The web application went live at BERL in Malawi on 1 January 2013.

After the first week Henk and Peter returned back to the Netherlands and Willem and Taruna stayed in Dhaka to attend a special two-day conference on “Positioning Bangladesh, Branding for business”. Willem: “The purpose of the conference, organized by the Dhaka Chamber of Commerce, is to create a platform where business and government will work (together) to the positioning of Bangladesh in the world market. The CBI and ITC are also present and are closely involved in various entrepreneurial initiatives in Bangladesh. In addition, Bangladesh is seen as “the next Asian Tiger” and specifically for our sector: The Next IT Outsourcing destination “. 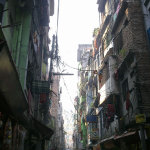 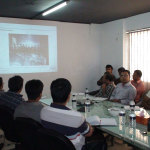 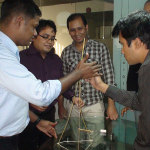 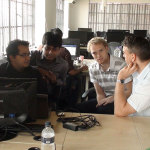 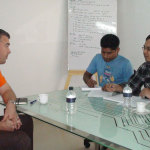 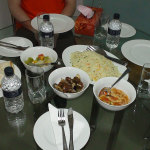 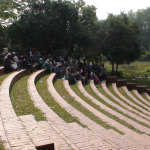 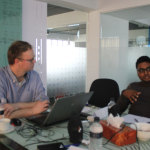 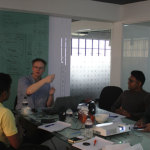 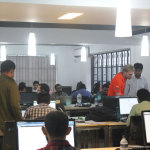 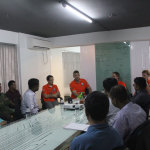 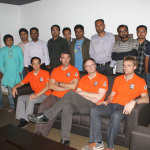 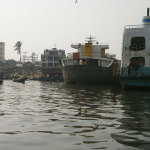 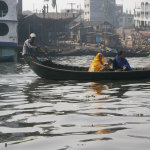 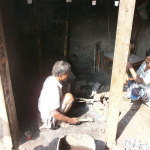 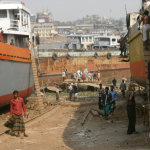 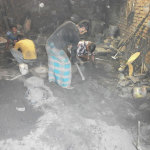 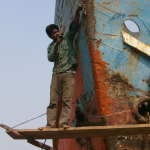 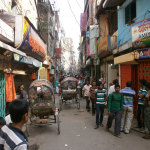